[show_more more=Read-More less=Read-Less]The Cuban cigar brand got from a Cuban city, became even more popular in 1995 when different guests from various countries apart from the diplomatic circles, tasted Trinidad cigars for the first time at the Cigar Aficionado.

Trinidad Cuban Cigars launched publicly in 1998 in Havana, and the first release only came in in one size, the Fundador. Three new sizes were also launched at a black-tie dinner in London in 2003. They were; Trinidad Reyes, Trinidad Coloniales, and Trinidad Robusto Extra. Habanos S.A. added Trinidad Vigia and Trinidad Fundadores later.

The brand happens to be one of the black sides of Cuba’s production of cigar brands. Although it appeared to be very popular after its public release in 1998, its light became dim in 2012 after various brand sizes were removed. Trinidad is presently packaged with a signature pigtails cap.

The brand is classified as a niche brand by Habanos SA and it has a reasonable market share. Trinidad presents in medium strength cigars and tobaccos from the premium Vuelta Abajo region are used for its production. A non-Cuban brand of cigar is also known to bear the same name as Trinidad.[/show_more] 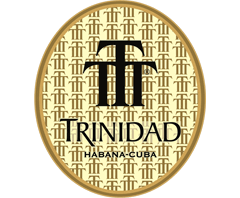