Partagas cigars (Partagas Cuban cigars) by Don Jaime Partagás y Ravelo was a native of Catalonia in Spain. His parents were Partagás (who was a tailor) and Teresa Ravelo. He migrated to Cuba in 1831, and after working for some time, he established his Cuban cigar factory, which he named La Flor de Tabacas de Partagás in 1845.  [show_more more=Read-More less=Read-Less]Which comes the name “Partagas 1845” and “Partagas Cigar Factory”. He owned numerous plantations in the Vuelta Abajo tobacco-growing region of Cuba, and He was much known for having good ability to choose the finest tobaccos on the island, blending and fermenting them excellently, and also employing one of the first lectors to entertain cigar rollers. Great Cuban cigars like Cuban Partagás Lusitania, Partagas Serie E No 2, and Partagas Serie D No 4 are still produced.

Don Jaime’s son- José Partagás, took over the business after Don Jaime was killed in 1862. The partagas cigar factory and brand were then sold to José A. Bances (a banker) in 1899. Bances also sold his shares to Ramón Cifuentes Llano in 1900 after inviting him to partner with him. Cifuentes and was then joined by Francisco Pego Pita in 1916 but after some other people joined and left, Ramón Cifuentes Llano joined with Francisco Pego Pita in 1916, to form Cifuentes, Pego y Cía, and the partagas cigar factory began to produce its brand name; Cifuentes.

Ramón’s three sons took over Partagas after he died in 1938 and Pego in 1940. They continued to grow the factory and then renamed it- Cifuentes y Cía (Cifuentes y Cia Partagas). In 1954. The company grew so well that by 1958, it was only second to the H. Upmann Company, which was very known for exporting Cuban cigars.

The Cuban-produced Partagás (Partagas Cuban cigars) continued to be one of the best both before and after the Cuban Revolution. Altadis bought a large share in the Cuban government-owned distributor (Habanos SA) in 2002 and then launched many changes in Cuban cigar production. Presently, all Partagás Cuban cigars vitolas are hand-made.

The range includes full-strength cigars, using tobacco from the premium Vuelta Abajo region. Though until the late 1970s, all Cuban cigars were pre-1960 releases, special packages were still available till the 1970s.[/show_more] 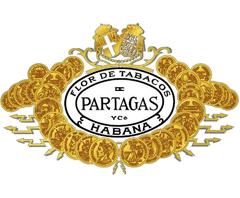