Each year Habanos S.A. in Cuba releases a number of exceptional cigars known as Ediciónes Limitadas, or Limited Editions.

Since 2000 when the first series of four Limited Edition cigars was presented, a further two to five releases have been made annually, except in 2002. Since 2001 the year of release is identified on a second band. The production run for each cigar takes place within a limited period usually during the year for which it is designated.

The exact quantity made of each release is not declared because the Cuban industry cannot tell how many cigars of each size it will be able to make until the bales of specially aged wrapper leaves are opened and graded for quality and colour.

Up until 2005 Limited Editions were only found in five of the most prestigious Habanos brands. These were Partagas, Montecristo, Cohiba, Romeo y Julieta and Hoyo de Monterrey. Since 2005 six more brands have joined this elite group: Ramon Allones, Punch, H.Upmann, Trinidad, Cuaba and Bolivar.

Rare Sizes
Limited Edition sizes are rare because they must not replicate any of the sizes normally made by the brands in question.
Sometimes they are entirely new sizes, never produced before in Havana, such as the Sublimes (6½”/164mm x 54 ring gauge) first made for Cohiba in 2004 or the Duke (5½”/140mm x 54 ring gauge) first made for Romeo y Julieta in 2009. They can also be sizes that have not been made for many years like the 2004 Partagas Serie D No. 1 (6¾”/170mm x 50 ring gauge), which had not been seen since the 1950s.
Occasionally a Limited Edition will go on to later be realised as part of a brand’s standard line, such as the 2004 Hoyo de Monterrey Epicure Especial (5 ½”/141mm x 50 ring gauge) or the 2005 H. Upmann Magnum 50 (6 ¼”/161mm x 50 ring gauge).
In 2006, three sizes from previous years were re-released (the Cohiba Pirámide, Montecristo Robusto and Partagas Serie D No. 3) as a celebration of the project. Each release can easily be identified by the year on their second bands.

Dark Wrappers
Limited Edition wrappers are darker than those found on standard Habanos. Dark wrappers can only come from the leaves at the top of shade-grown tobacco plants, which are younger, thicker and fuller of natural oils and sugar. Such leaves demand longer periods for fermentation and ageing than normal wrappers – up to nine months for fermentation as opposed to one month, and over a year for ageing compared to six months. All Limited Edition wrappers have been fermented and aged for at least two years before the cigars are made.
Some variation of wrapper colour occurs on Limited Edition cigars from Colorado (dark brown), Colorado Maduro (very dark brown) and Maduro (nearly black). Contrary to popular belief they are not all Maduro, but most are.

Extra Aged Tobacco
Up until 2006 the filler leaves in Limited Edition cigars were fermented and aged in the same way as for the standard production of the brands. However, from 2007 onwards, all the filler leaves including the binders were subjected to an extra ageing process so that all the leaves are now a minimum of two years old before the cigars are made.
The extra ageing of the filler tobaccos gives a rounded, mellow flavour to which the higher sugar content of the darker wrapper adds a hint of sweetness. 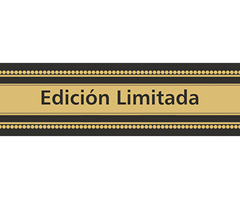