[show_more more=Read-More less=Read-Less]A particular San Cristobal de la Habana brand existed before the revolution, and production continued until the revolution. However, this new brand has no relation to the brand mentioned above, and it’s certainly not a modification of that brand.

San Cristobal de la Habana, a newer brand, was launched in the year 1999. The name ‘San Cristobal de la Habana’ is gotten from the Historical city of Havana.
Habanos SA is now classified under the other group of portfolio brands despite being classified previously as a niche brand.
The initial cigars released in 1999 got their names from the forts that shielded the old Havana during the Spanish colonial era. On the other hand, newer cigars are named after some of the ancient streets found in old Havana.
Medium-strength cigars make up the vast majority of the range, with tobacco gotten from the premium region of Vuelta Abajo. [/show_more] 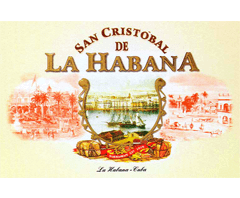