The Cuban Cigar brand is the brainchild of Ramon and Anthonio Allones, who are brothers. The Allones brothers created the company in the year 1845. It’s famous for being the first cigar brand to use colorful lithographs for creating box arts. Ramon Allones is also distinguished for being the first brand to use bands on cigars and packing cigars in the 8-9-8 arrangement.

When compared to Partagas, Cuban-made Ramon Allones have a medium-full to full strength body. The blend is also quite comparable in characteristics to the Partagas in terms of vitolas, overall design, and packaging. It is essential to note that its production is on a smaller scale compared to the Partagas.

Since Altadis acquired a sizeable share of the Habanos SA in 2001, a vast majority of the Ramon Allones marque’s manufactured sizes are no longer in production; This includes the cherished Ramon Allones Coronas and the trailblazing product, the 8-9-8 size. Specific sizes still maintain huge followership amongst the brand’s enthusiasts; these include the specially selected Ramon Allones Gigantes and the Ramon Allones Small Club Coronas.

Since the year 2005, Ramon Allones has been a favorite for most importers for the Edicion Reginal series in terms of the local market special sizes. On the other hand, the Beliocoso Vitolo has a UK market design as the regional edition program prototype. It was first designated for import to the UK without the addition of extra bands or packaging. [/show_more] 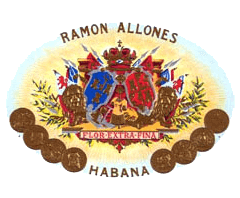