Rafael Gonzalez Cuban cigars were created in the 1930s.
Sporting a 61/2 inch by 42 gauge cigar, the Cuban factory is now called Cervantes after it was previously known as Lonsdale; A name gotten from the popular English sporting earl cigar enthusiast, Lord Lonsdale.

Currently, other Cuban cigar brands make use of the name also. Each of the boxes has a peculiar caption written in English for the cigars to be smoked in a month after the shipment date from Havana, or they could be matured carefully for roughly a year.

Rafael Gonzalez cigars is a modern pre-revolution brand, set up in 1928 and so named after the founder. The Rey del Mundo became the owners in 1936. Production stopped in the early 1960s but began again in 1965.
After production restarted in 1965, Rafael González was produced with El Rey Del Mundo and was seen as a similar brand in that line. They are both expensive luxury brands.

Habanos S.A classifies the brand under the Other category of brands. Only small regular production cigars remain, and they are irregularly selected for its Regional Edition release.

The range has mild strength cigars with tobacco sourced from the finest Vuelta Abajo region.[/show_more] 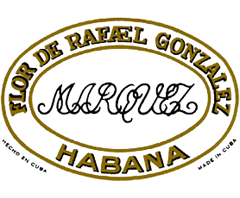