[show_more more=Read-More less=Read-Less]In 1925, the Cuban factory introduced an innovation which was never recorded before then in the history of Cuban Cigar making companies. It first produced Cigars using machines instead of cigar-rollers. This innovation was however met with a lot of rejection on the Island because machines were made to replace the services rendered by people in rolling cigars. The factory was thus, forced to stop the idea of machine-made cigars.

Por Larrañaga became one of the largest producing Cuban brands by 1960 and its production was moved to the La Corona factory at Avenida 20 de Mayo. The production, however, witnessed a down-slide in the 1980s and the export of the brand reduced largely.

All vitolas have since 2002, been hand-made and the leaf sourced from Vuelta Abajo is used. Currently, Por Larrañaga is a pre-evolution brand and it was considered a Local brand in the pre-2019 classification system.[/show_more] 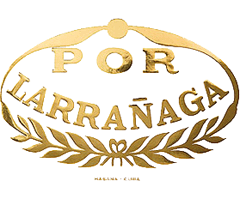