José L. Piedra Cuban Cigars is a brand of Habanos SA, which distributes the product globally. Unlike other famous Habanos brands, it is produced from only the Vuelta Arriba region’s tobacco.

The Piedra family migrated from Asturia, a Spanish Province, to Cuba in mid 19th century, and lived close to Santa Clara town and began to produce Cuban cigars there. [show_more more=Read-More less=Read-Less]José Lamadrid Piedra, during the second generation during the 1880s, developed today’s brand. The Cuban cigar brand, which is usually rustic and cheap, is seen as spicy and medium to strong strength. The present seven formats of the José L. Piedra are produced entirely by hand. Apart from the Petit Cazadores format, other formats were launched in 1996 after the brand was out of the market by the early 1990s. In 2013, the production of “Nacionales” format stopped 2013, and subsequently, only six formats are available in the market.

José L. Piedra Cuban Cigars was launched in the 1880s and was established before the Revolution. It was a renowned brand before the Revolution but became less popular after, and the cigars were removed gradually until the brand stopped operation in the early 1990s. Later, it was reestablished as a cheap brand in 1996.
Habanos SA categorized the brand as a volume brand for marketing. It was classified as a multi-local brand until 2007, based on the pre-2019 classification. After that, it was considered global. 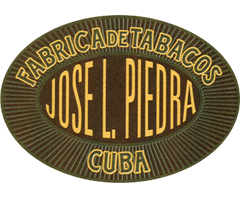