First launched in London in 1996, the Cuaba brand was the first new Cuban Cigars, in a brand to launch into commercial production since 1968.

[show_more more=Read-More less=Read-Less]Historically, Cuaba is the Taino Indian word for the Cuban bush used to light “Cohiba” or “Tobacco” on the island of Cuba. It is generally associated with a taste similar to Romeo and Juliet, full of various flavors but never tasting too much of a particular characteristic. Cuaba cigars are smooth and balanced.

Cuaba’s four vitoles are in figurative (perfect) shape: the Exclusive, the Generous, the Traditional, and the Divine. This shape was popular till the beginning of the 20th century. Habanos S.A. chose to revive the British tradition of figurative smoking, hence presenting the brand in London, England. Habanos, S.A. has reintroduced other brands and traditional forms.[/show_more] 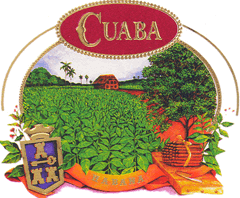